The trick to shooting Tricky is (yes, I did go there.. deal with it!) is this: there is no trick.  There is only the hope that a fan in the crowd uses the flash on his/her camera, thus bouncing off some much needed light  and whacking your ISO all the way to ‘11‘, and if you don’t get the 11 reference, which is steeped in popular culture, then something is wrong with you! 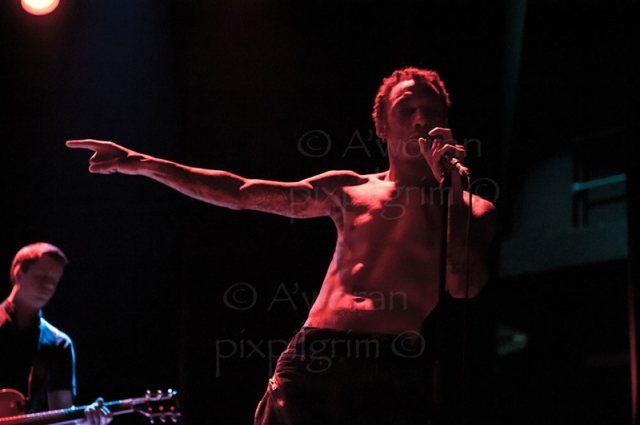 Tricky loves performing in the dark, and whether it’s to add a visual ambience in relation to his music, I don’t know.  What I can say is this: should you ever find yourself photographing Tricky, expect minimal lighting, washed out blue & red lights, and of course, him facing the drummer. 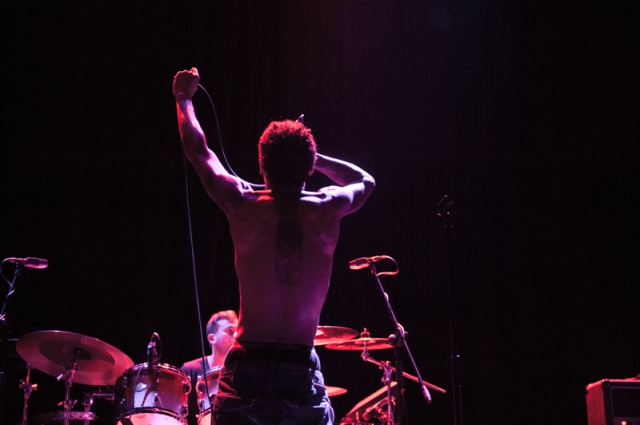 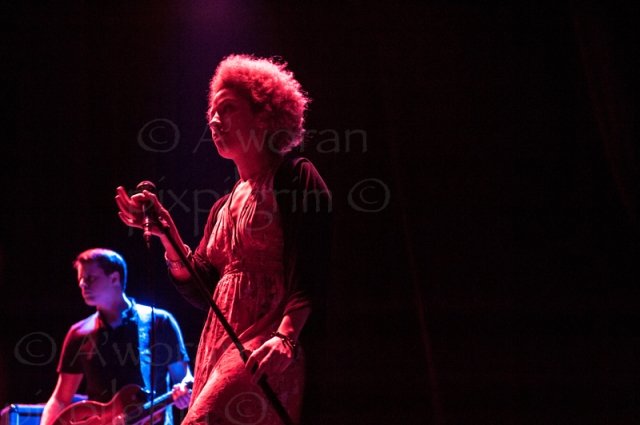 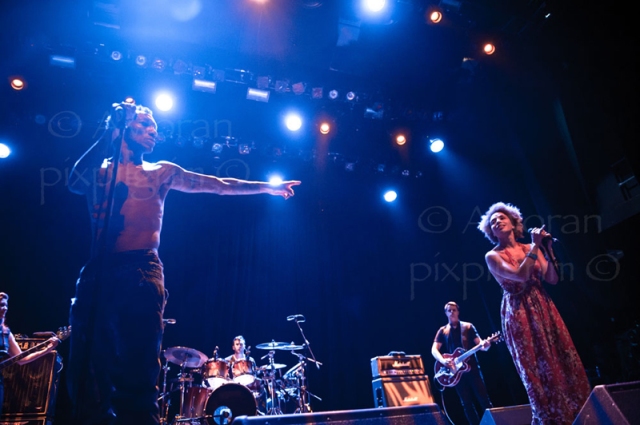 Food for Soul & Thought: ‘When my spirit was overwhelmed within me, then You knew my path’. —Psalm 142:3