What do you get when you place three amazing vocalists under one roof and singing from the same song sheet? Damn good singing, that’s what!  And what if said songstress(ers) are strongly influenced by the works of Billie Holiday, Mariam Makeba and Abby Lincoln, and so much so, decided to put on a concert reflecting said influence?  Some more damn good music!  With that in mind, we had the pleasure of having Ms Kidjo, Ms Wright & Ms Reeves belting out some outstanding songs, and ain’t that the truth! 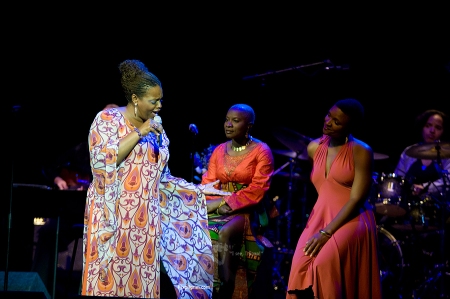